Shower Head? How to choose 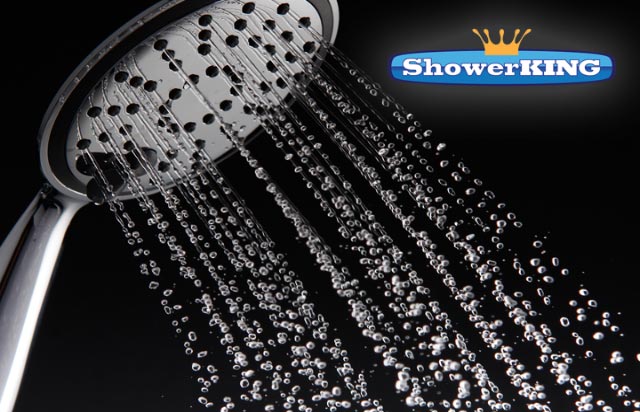 Not sure how to choose a shower head?

A new shower head from ShowerKING is the answer. Their great portfolio of products that Mr Central Heating stocks and sells, has created this really interesting question, one which we have answered here, with our how to choose a shower head guide.

Electric showers are as the name suggests units that generate hot water using electricity and these have been manufactured and sold in large volumes over years from brands like Mira, Triton and Aqualisa. Often it is all about price and a basic white shower unit with a sliding riser rail and head.

The head is, in most cases detachable from the hose and fixes into the wall mount. This is really where the term hand held shower head comes from and these are used over baths and in shower cubicles.

So if you have a hand held shower head then you can choose from a great range which includes, Spectrum, Eco Max, Elise, Elise S and the Finesse. These give you a range of different modes styles and prices but they all connect to a hose and are used in a wall mount, sliding rail or used in the hand.

There are also mixer showers which use hot and cold water to create the shower and they can be manual or thermostatic. If the valve is concealed then often this leads to the head being fixed as the homeowner has chosen to create a minimal effect and does not want to see the hose, valve or any connections.

It is pretty straight forward to replace a shower head as it is really quite easy using our left hand filter options of handset or fixed head. If you are choosing for the first time in a new bathroom then you need to choose what suits you the best and what the application is. If it is over a bath then a hand held is probably best and it is easy to take from the mount and rinse around the bath for convenience.

If you are creating or replacing a fixed head then you have either concealed pipework or exposed but the head is not detachable and it is screwed into the connection. We sell three types of the most popular fixed heads that can be easily adapted using one of our great shower arms. These wall mounted shower heads can be setup with a range of different options.

A lot of people considering changing the shower head because they want more water flow, but in many cases low water pressure is the cause of the problem here. In these cases the right shower head may be a low flow shower head or a  smaller shower head that can distribute the water in a more concise way. The flow rate of the shower can be improved upon, but this may require a change in shower design or the shower pump.

Other considerations that you may need to make when it comes to showering is the type of shower enclosure that is being used. These can come in a number of different configurations, but generally most people will have a closed shower which is dedicated to the shower, or alternatively, the shower can be incorporated within the bath and a shower curtain is required instead. Either way, the shower enclosure doesn't necessarily dictate the type of shower head that can be used as both styles of shower system can use different head types.

Another feature that some people look for when choosing a shower head is to pick a head with a spray pattern switch that allows the flow of water out of the shower head, to vary and provide some different spray settings. This feature will normally change the size of the water droplets, from large heavy drops of water, to small, light drops of water. These spray options tend to be set by the user for their own individual preference so that they can obtain the perfect shower.

With all DIY or decisions make sure you have a really good look and see how it works first before ordering but if you are still undecided then we are always on the end of a phone in your local branch to help you choose the best shower head to ensure your showering experience is the best it can be.

This entry was posted in and tagged shower, shower head, shower system, electric shower on August 19, 2018. ← Previous Post Next Post →