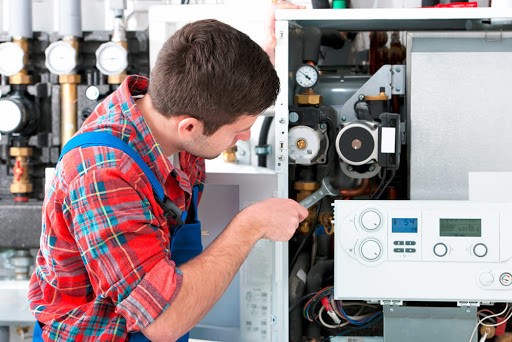 You may think that the cooler weather might put a lot of strain on the boilers in Scotland, and you’re probably right. But surprisingly they have the lowest breakdown rate across the UK – do Scottish installers know something about maintaining a heating system the rest of us don’t?

Boiler Guide has just released a new study that has found the boilers in Scotland have the least breakdowns, regardless of the increased demand that may be placed upon them. It has been found in the 2020 UK Boiler Breakdown Study that only 1.79% of the properties in Scotland reported problems with their boiler last year which was significantly lower than the rest of the UK. If you are one of the unlucky ones, don’t forget you can pop in or contact our Glasgow store which currently serves the whole of Scotland to keep your heating up to scratch.

The average temperature in Scotland is around 2-3 degrees lower than its southern counterpart, which may suggest that Scottish boilers are more resilient against dropping temperatures. Perhaps Scots are also more resilient too, waiting longer before switching their boiler on.

The Boiler Guide found that properties in London experienced the biggest issues over last year with almost 3% having a problem, with the west midlands and North East close behind them. The North did well with Yorkshire and the Humber close behind Scotland – this also may be due to the softer water in that area.  It seems more cosmopolitan areas with high numbers of rental properties also had more issues as boilers tended not to be maintained properly. Unsurprisingly, the report also found that areas with hard water had many more boiler breakdowns than those with softer water. One of the issues that London may be facing is the extremely hard water that much of the capital suffers from, affecting not only water systems and boilers but appliances too. This has a massive effect on how efficient and long lasting your boiler may be.

People may underestimate the damage that hard water can do to their system and appliances, but luckily we at Mr Central Heating have a great solution in the form of the Homescale Protect. HomeScale Protect has been shown in tests to be extremely effective at removing limescale deposits on copper heating elements. In side-by-side comparison testing it was four times more effective than the leading electronic scale reduction device. HomeScale Protect is not a water softener. It doesn’t remove anything from or add anything to the water. It’s less expensive, easier to install, maintenance free and more effective than anything else on the market and extends the life and efficiency of new and existing water heaters. You can get boiler breakdown cover for your central heating system, which can save you money on costs, but may leave you in the cold while you wait for your boiler repair service to fix your broken boiler. So a system such as Homescale Protect can save you a lot of hassle, without you having to spend a lot of money. If you combine this with an annual boiler service, plus boiler cover you can give yourself some peace of mind that some of the major issues you might come across have been dealt with.

If you want to emulate Scotland and give your boiler the chance to keep going for longer, firstly, take a look at the Homescale Protect and what it can do to maintain your existing system. If you’re looking to install a new one, why not get a boiler with a great warranty to ease your mind, even if something does go wrong. The Vokera Easi-Heat is a combi boiler that has a 5 year warranty, is compact and very simple to operate. It’s one of Mr Central Heating’s most popular gas boilers, and thousands can’t be wrong. Click on the link for the full range of new boilers to find out more.