The store will not work correctly in the case when cookies are disabled.

As with most websites Mr Central Heating uses cookies. In order to give a personalised, responsive service and to improve the site, we remember and store information about how you use the site. This is done using cookies which are simple text files which sit on your computer. These cookies are safe and secure and will never contain any sensitive information. They are used only by Mr Central Heating or the trusted partners we work with. We’ve recently updated our Privacy Policy to give you more detailed information about your rights and how we use your data.

Fast Delivery
With our own fleet.

Why is my central heating so noisy? 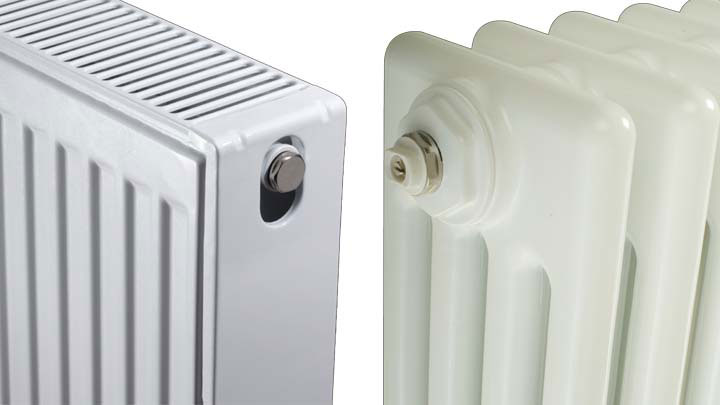 Metal pipes can make creaking, groaning or gurgling noises as they heat up with hot water and expand. The reason for this is that they rub on other surfaces, such as walls, flooring and brackets. It is worth checking out the pipework to make sure it is secured correctly and cannot move. This can solve a lot of odd noises with your pipework.

Other causes of noise in the central heating pipes can be attributed to air in the system. Light tapping noises, clicking noises, or even a gurgling type sound can be caused by radiators that require bleeding. This is easily solved by opening the bleed valve to allow excess air to escape. Another symptom of air in the system may be that the radiators are not heating up correctly, or as well as they should.

Loud banging noises in the copper pipes could be caused by the boiler’s thermostat set too high which is a symptom of overheating. Turn down the thermostat to see if that helps solve the issue. This is the most likely cause of banging pipes in a boiler installation.

Other sources of noise in the pipework could be a build-up of limescale.

A special cleaner can be used to flush out the pipes and clean them from excess scale. Hard-water build-up is a common problem. In England one area that suffers from very hard water is London and the home counties, so if you suspect limescale build-up is the cause of the noise, it is worth seeking the advice and support of a professional unless you are very confident that you know what you’re doing.

Water hammering is another cause of noisy pipes. This issue is caused when the flow of water is suddenly reversed, such as when turning off a tap. Water hammering can be quite a serious problem, as it can damage pipework, so it's worth calling in an expert to look at the problem.

If your central heating is making a humming noise, one area to check out is the central heating pump as this is most often the cause of this type of noise in a central heating system. This humming sound can also be accompanied with vibration, which also points to an issue with the pump itself.

As with pipework issues the first thing to check is to ensure that the pump is secured correctly, as this can vibrate and make the humming noise. Securing the pump can cure this. Another reason the pump may make a humming noise is that it is running too fast. If you suspect this is the cause of the issue it is worth seeking the advice of a professional to look at the problem in more detail and to potentially adjust the pump speed. It is possible to slow down the pump, but one of the knock-on effects of doing this is that this slows down the heating process. In some cases you may find that it takes a long time to heat up the system so may not be an ideal solution.

Banging or metallic noises in the Boiler

Another area where noises can occur are within the central heating boiler. This can be indicative of a more serious issue, so if you suspect the boiler is making untoward noises, or the sound that your boiler makes has changed, it is time to call in an expert.

One common noise that a boiler might make when it is not operating correctly is a ‘kettling’ sound. The name refers to the sound that a kettle boiling makes, and your boiler can also make the same noise when it is not operating correctly. This issue is caused by a build up of limescale in the boiler, that in turn starts to restrict the flow of water in the central heating system. When this occurs, then the excess heat turns to steam in the boiler, and this causes the kettling sound. A heating engineer will need to be called to resolve this issue with the boiler.

The noisy boiler can be flushed out to solve the problem, so it doesn’t mean you need a new boiler, just some general maintenance from a professional engineer. If you are going to get a boiler service to fix strange sounds in the central heating system, remember to shop around, as prices do vary and some heating engineers will give you a free quote estimate for boiler repairs before a call out.

Generally, if you are hearing untoward noises in your central heating system it can be a good idea to speak to a professional to ensure that the heating system is working correctly. Central heating that is not properly maintained may leave you with a large bill at a later date, so it is always better to address issues when they first occur. Most noise that is found in a central heating system has quite a simple cause and can be easy and relatively cheap to fix.

View our range of products from boilers to pipes