Boiler Repairs in London, Why Are Boilers around the UK in Need of Repair? 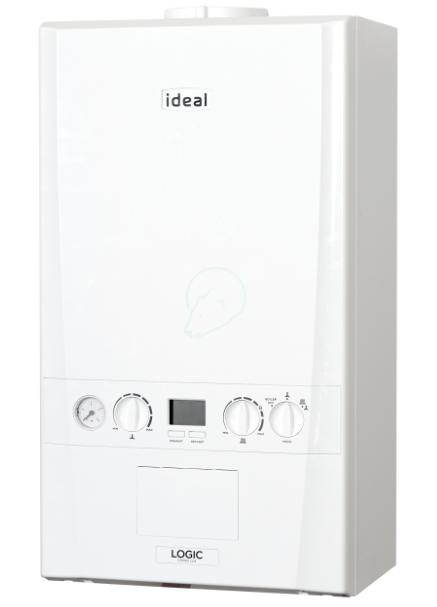 We wondered why London was always a bit more in need of boilers, but assumed that it was due to population and changeover, with people moving to and from the capital at a steady pace.  So we did a bit of research. One example was a Boiler Guide infographic about where boiler repair enquiries came from in the past 10 years. This supported the London theory too. 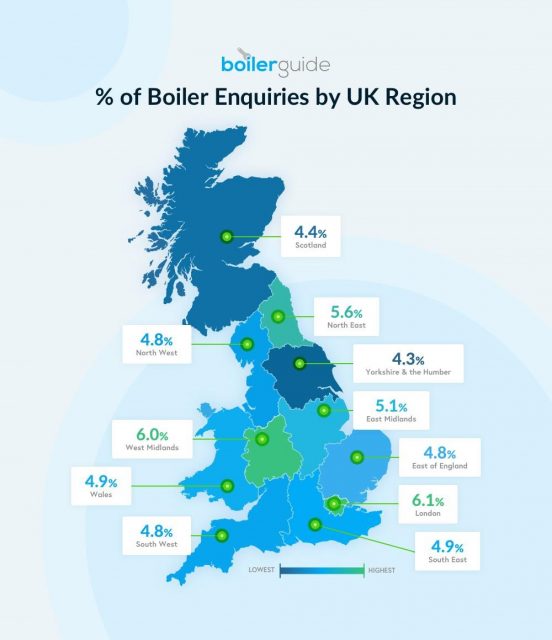 But why London?  And is this really the case?

The infographic claims 6.08% of the boiler repairs were in London, which while leading the pack, probably should, since London has about 13% of the country’s population.  However it also said the West Midlands at 6.04% was a close second. This is despite there being less than half the population of London.  It also shows that if you add the figures up, you only get 55% share, so we decided to look at the math proportionately.

If anything, the South East, with 8.7 million people, has the largest population share and so should represent the largest repair portion in theory.  Using the 55% total of the infographic and calculating proportionately (for instance 14.65% of the population is based here), 8.1% of the repairs in the graphic could have been from the South East, so in some ways, it was overachieving and not needing as many repairs. Other over-achieving regions were the North West and London which also should have needed 8% of the repairs.

So while the infographic noted “Boilers are least likely to break down in Yorkshire with 4.27%, Scotland at 4.38% and the North West at 4.79%” it might not be correlating with proportion to population. That said, Yorkshire also overachieved slightly and these three regions performed well overall.

The true underachievers and regions where boiler repair is most common were, North East, West Midlands, and Wales, who all had proportionally more boiler repairs than they should have. For example, Wales is only 5.3% of the UK population and if the infographic adds up to 55%, should have only represented 2.9% on the chart.  So it looks like more repairs are needed in Wales on average.  Could this be due to older buildings and more remoteness?

So from this analysis, maybe London is not the problem after all.  Yes, there are more homes there, more boilers and older properties, but also a lot of new buildings too. Home ownership is a factor, with London having the lowest percentage of homeowners at just 37.2%. Whereas the UK average is 52.8%. On the other hand, the weather is warmer and jobs generally higher paying in the London and South East areas, and so the residents there have more money in which to repair and/or buy a new boiler.

Still, an interesting bit of research nonetheless.  Some things from the research hold true no matter where the region though, for instance we agree that the boilers breakdown the most in January, followed by December. Whereas summer months like July have the least boiler breakdown issues.  However, July can be a good time to get working on the boiler, as repair and replacement work will not impact your comfort during seasons where heat is not needed as much. It often also means you can get repairs for a lower price too since there is less demand.

And in all cases, to help prevent a boiler breakdown, get your boiler serviced every year by a Gas Safe engineer which you can find at https://www.mrcentralheating.co.uk/blog/find-an-installer

If you’re looking for a new boiler, try our boiler buying guide at https://www.mrcentralheating.co.uk/find-a-boiler